Let’s get it Straight – Snakes need to Stretch!

A new scientific review by leading experts in snake welfare has found overwhelming and robust evidence to show that minimum enclosure sizes for snakes should permit them to stretch fully in all directions.

The authors also found that the original information that underpinned recommendations that captive snakes do not need to fully stretch was based on obsolete ‘rule of thumb’ ideas.

Captive reptiles are capable of suffering as much as, and sometimes more than, mammals or birds but are rarely afforded the same level of consideration because their welfare needs are underestimated.

As with other animals, snakes need to fully extend their bodies for their comfort, health and welfare – but are currently the only vertebrate animals not permitted in English law to do so. 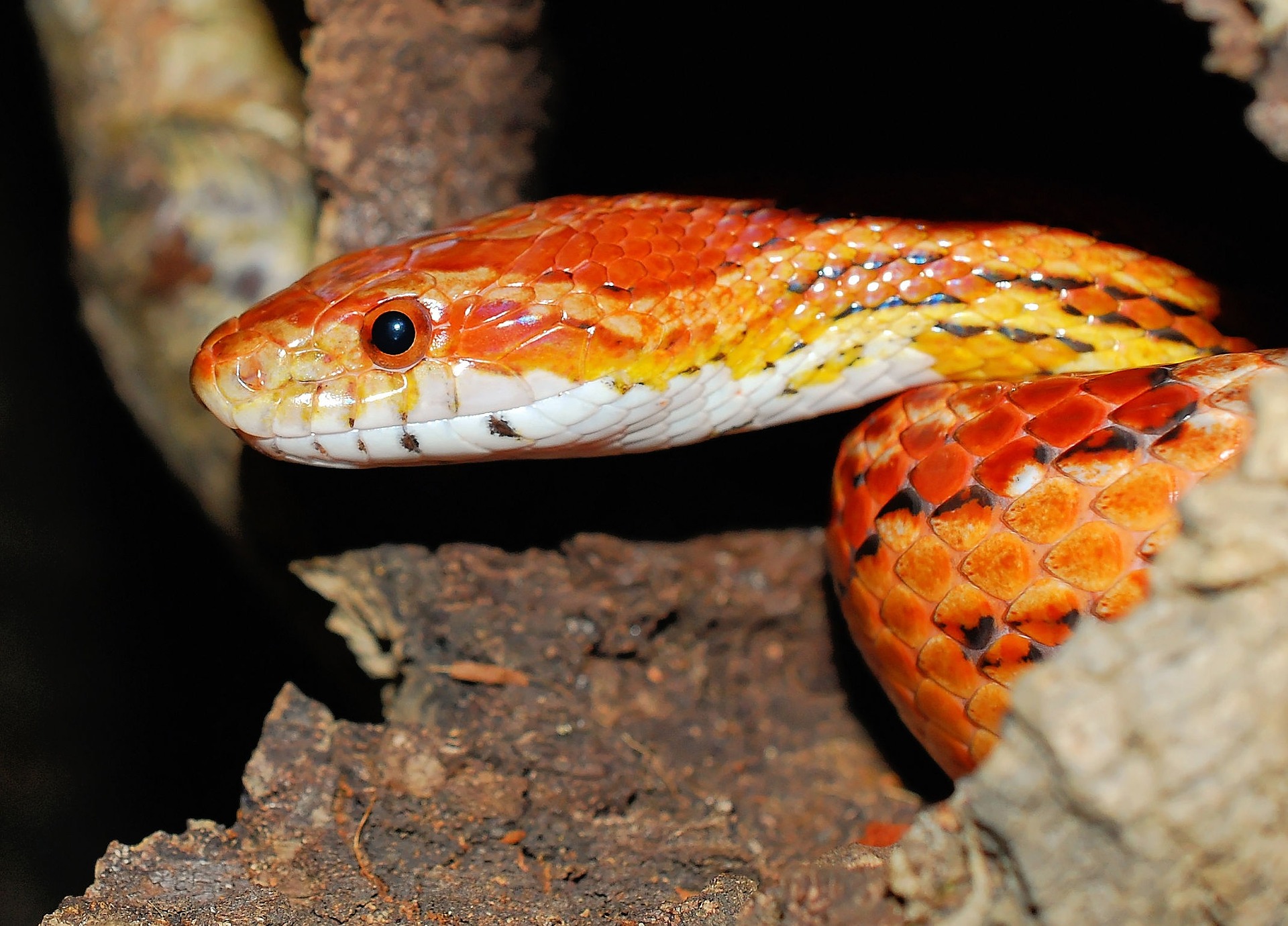 Around 42% of private snake keepers maintain their animals in enclosures that are too small. It is also common for snake breeders to keep their animals in ‘racks’, which are essentially plastic drawers designed to be as minimal and low maintenance as possible. Such restrictive confinement can lead to serious infections, injuries and disease as well as mental and behavioural problems. Small enclosures also make it impossible to regulate temperature, lighting and humidity or to provide enrichment in the form of hides, branches or pools. It is therefore unsurprising that in experimental studies, snakes display a preference for larger, more naturalistic conditions, which are better for their health and welfare.

Current government guidelines state that snakes in pet shops must be housed in enclosures that are sized at only two thirds of the snake’s body length. The article’s authors found that the original ‘evidence’ for the current poor recommendations could be traced to two amateuristic books based on common practices and personal opinion. Unfortunately, these unscientific recommendations have been repeated over the decades with little question or challenge.

“Snakes are sentient, intelligent, and physically delicate wild animals that all too often spend almost their entire lives imprisoned in a glass tank the size of a hat box, while being gawped at like living curios. No one in their right mind would do that to a small dog or cat, and could be prosecuted if they did. So, in my view, it is wholly discreditable that anyone would endorse let alone keep snakes in enclosures where they cannot even straighten their bodies and move normally. Our article exposes the nonsense that has led to decades of snake abuse, and that the UK now lags behind even the American pet trade where snake welfare is concerned.”

“This review finally puts to bed any argument that snake welfare is not compromised by small enclosures. A legal requirement for enclosure sizes that allow snakes to adopt straight line postures in all directions, as an absolute minimum, would at least allow snakes to perform some of their normal behaviours. This is still far from ideal, but animal welfare legislation needs to be urgently updated in order to reflect the complex needs of reptiles.”

The British Veterinary Association, British Veterinary Zoological Society and Royal Veterinary College routinely promote enclosure sizes that permit snakes to fully stretch, which is based on sound animal welfare science. However, snakes continue to be deprived of this essential space in law due to the inconvenience that it may pose to reptile traders and keepers.