Established for 35 years, Monkey World has again travelled the globe to care for and welcome two new chimpanzees to the Dorset rescue centre. Adult female Sasha, and her son Kangoo, arrived at Monkey World from Buenos Aires EcoParque in Argentina last week. There are now 53 chimpanzees at Monkey World, living in 4 different communities, having been rescued from a variety of circumstances from around the globe. 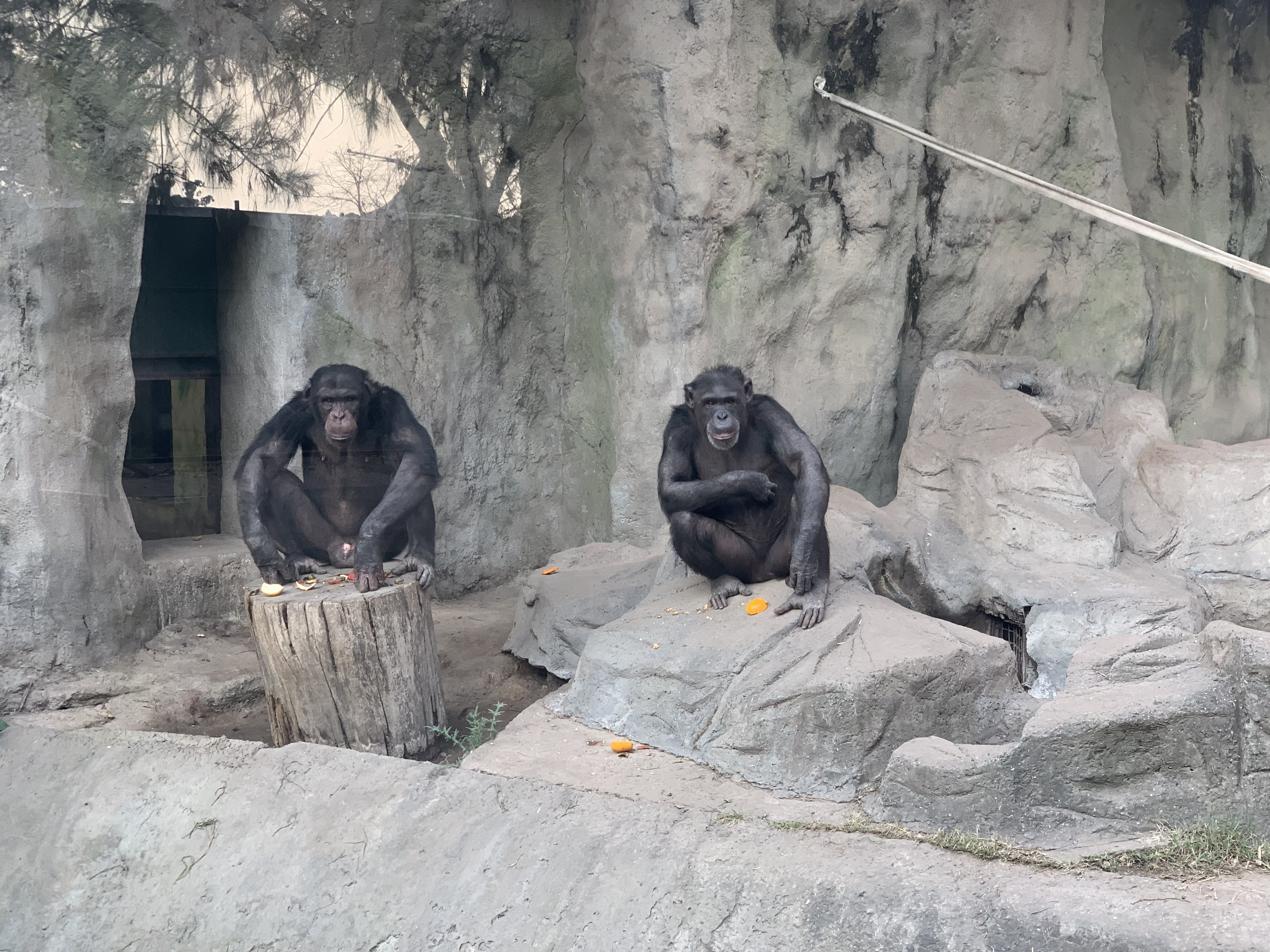 This international operation was organised in collaboration between Monkey World, EcoParque, and the governments of Argentina and the United Kingdom over the past year. Sasha & Kangoo were in need of a new home after the Buenos Aires City Government took the decision to close the aging Buenos Aires Zoo in 2016 and move out non-native wild animals so the newly established Eco Parque could focus on the rehabilitation and conservation of Argentinian wildlife. Sasha & Kangoo were born at the zoo, and were the last chimps left at the park, after their elderly father passed away. Chimpanzees are long lived so finding a lifetime home for 24-year-old Sasha and 15-year-old Kangoo was a priority. Transporting and rehabilitating adult chimpanzees into unrelated social groups is not easy and requires specialist facilities and expertise, which is why Monkey World was asked to take on the two Argentinian chimpanzees. 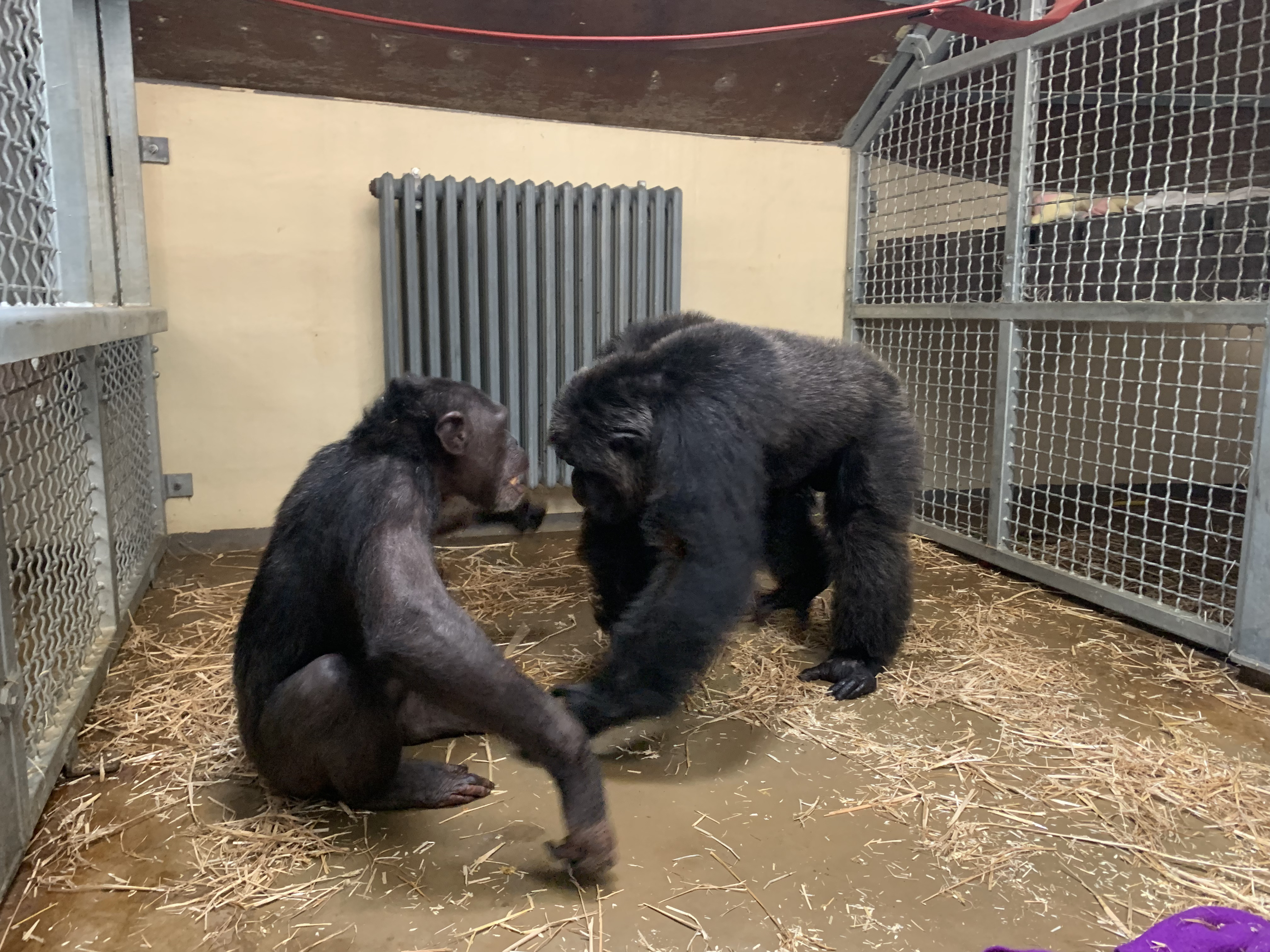 Monkey World Director, Dr Alison Cronin, and Animal Director, Jeremy Keeling travelled to Argentina the last week of August to meet Sasha & Kangoo and assist with the 35-hour transfer back to the Dorset sanctuary. 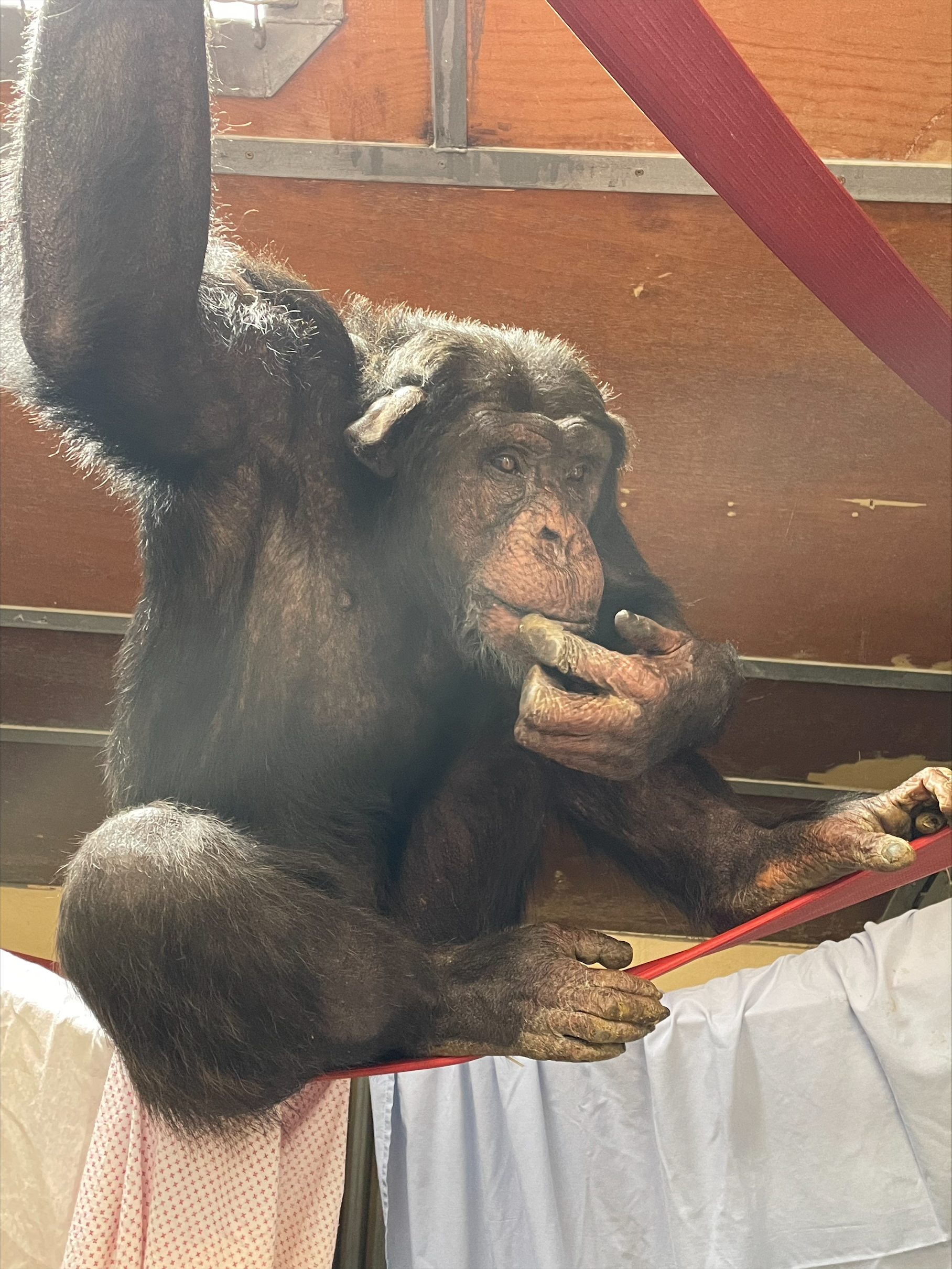 Alison said “It has been an epic collaboration between EcoParque and Monkey World to ensure that the long journey for Sasha and Kangoo was made as safe and comfortable as possible. The team at EcoParque prepared the chimpanzees well by training them to go into their transport boxes and to feel secure inside. Both chimps travelled well and were released into their new home on August 31st. Sasha & Kangoo have started introductions with the smallest group at the park, consisting of five other individuals, headed by dominant male, Bryan who was rescued from a Mexican beach photographer as a youngster. As they have never met any other chimpanzees previously, this will be a big learning curve for the newcomers but one that the Primate Care Staff at the park have tackled many times before, and are adept at assessing and handling.” 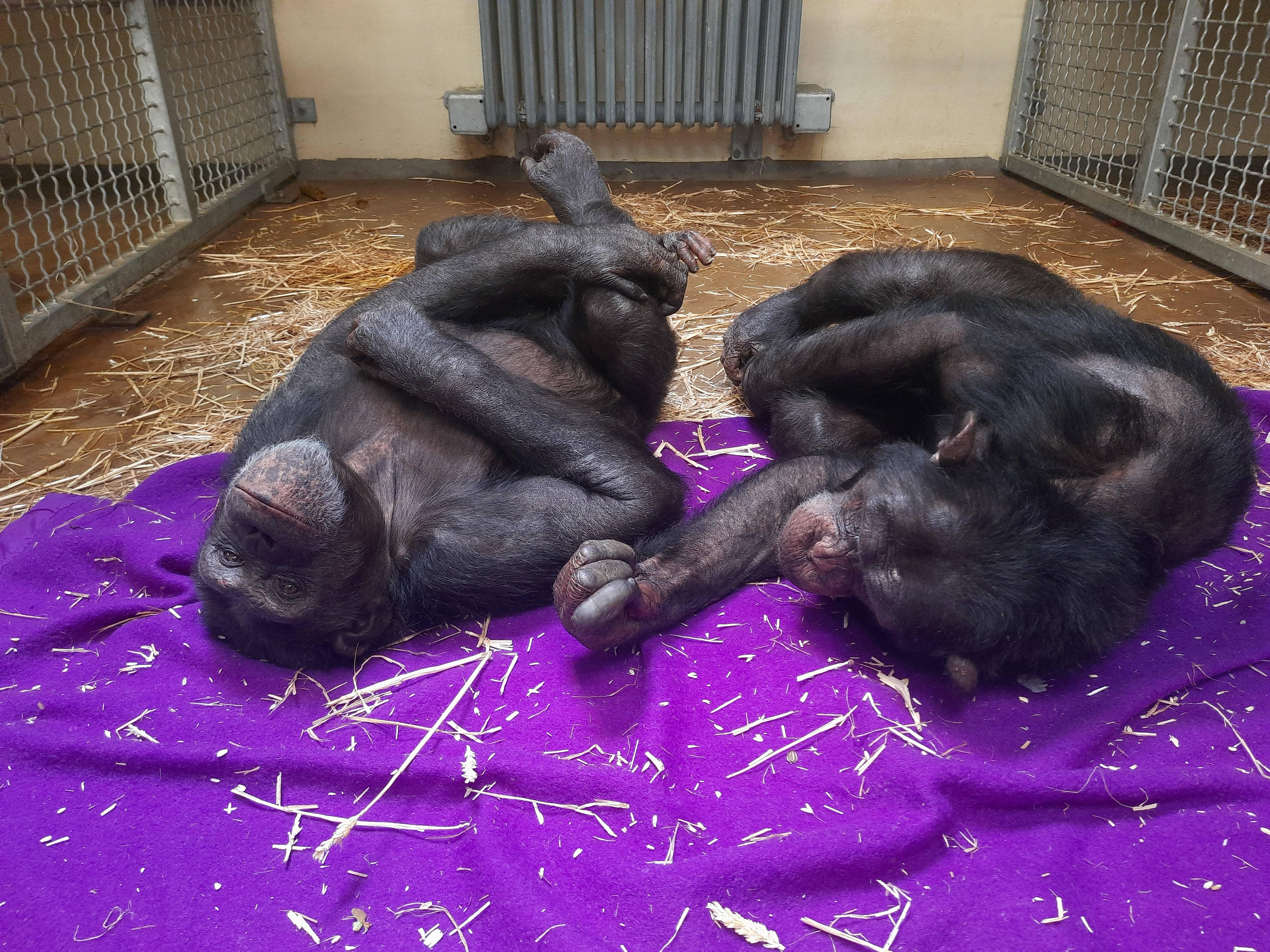 In 2018, the same group welcomed female chimp Naree from Thailand, where she was abused at a circus show, and had all her teeth knocked out to prevent her biting tourists. Despite living alone for over 20 years, and not encountering a chimp since she was stolen from her mother in the wild as an infant, Naree had not forgotten her innate need to live with chimpanzees. Her new companions helped to build her confidence in the unfamiliar surroundings and now Naree is one of the most playful chimps in the group making her an ideal chimp for the new arrivals to meet. Sasha & Kangoo will also meet Bryan, Lulu, Rodders and Ash, but the team will let the newcomers undergo introductions at their own pace to reduce the stress associated with moving home and meeting their new family. Monkey World is delighted that these chimps will have a chance to live with others of their own kind, and a greater freedom than their previous years.