The Blues and Royals Association of the Household Cavalry has selected a Derby artist to design its 2020 Christmas card to help raise funds for its veteran’s charity.

Sarah Perkins was commissioned for the special project earlier this year after Captain Elliot, the Honorary Secretary of the Association, got in contact. Historically the charity has always used photography but, after seeing Sarah’s work, Captain Elliott wanted to commission a painting instead. The cards are now available to buy, along with limited edition prints, and more than 8000 have been sold already.

Sarah launched Sarah Perkins Art in September 2018 when her 21-year career in the Police Service was cut short after having to retire for medical reasons. She had always had a passion and enthusiasm for art so picked up her paintbrush again and began specialising in pet and animal portraits. 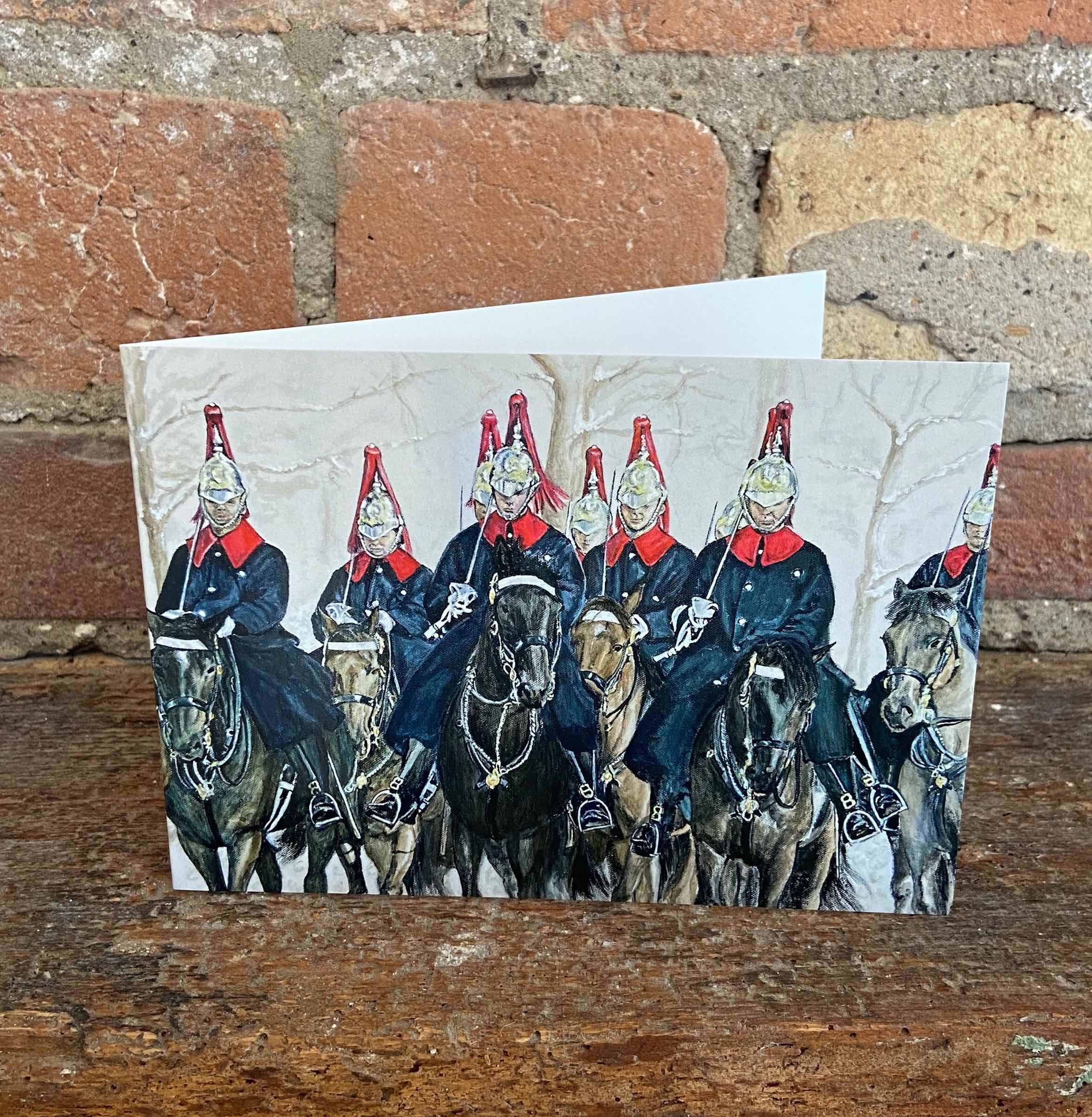 The equine themed “Winter Parade” design chosen for the Christmas card features the Household Cavalry in a traditional wintery scene. They are available in packs of 10 for £7, with all proceeds going to the veteran’s charity. Limited prints are also available with 25% of each sale being donated.

“I can’t quite believe I’ve been commissioned for this project; I keep having to pinch myself! With my police background, and the fact that my father was a Grenadier Guard, this is a cause very close to my heart.

“It’s not every day that an animal portrait artist gets such an opportunity as this! I’ve always loved painting horses, so this really is a dream come true. I hope that my story, from the sadness of being medically retired from the Police to following my dream as an artist, is inspiring to people and that it demonstrates that it is never too late to follow your creativity! I’m so proud that my artwork is going to be printed onto thousands of Christmas cards, adorning mantle pieces across the country, and all while raising money for the very worthy cause of supporting veterans.”

“We were delighted when Sarah agreed to paint an image for The Blues and Royals Association, the painting has exceeded our expectations. From the image we produced our annual Christmas Cards which are sold to our members and the public to raise much needed funds for The Blues and Royals Association Welfare Fund. This fund is used to assist our veterans and their families when they have fallen upon hard times.”

The Blues and Royals Association was formed in 1969 following the amalgamation of the Royal Horse Guards (The Blues) and the 1st Royal Dragoons (The Royals). The Association is the second most senior regiment in the British army and has strong royal connections, with Queen being Colonel-In-Chief and Princess Anne being the Colonel. Princes William and Harry have both been in the Regiment, with Harry becoming a Lieutenant in 2008.