Puma’s latest trainers have gone viral as people have realised that they look like the leader of Nazi Germany, Adolf Hitler. Now nobody wants to ruin a pair of jeans and a nice top with that, do they?

Over time, there was always going to be something that would crop up and unfortunately look like the evil dictator. From cats to a burnt piece of toast, yet a pair of shoes… seriously, what were the designers thinking on this one? 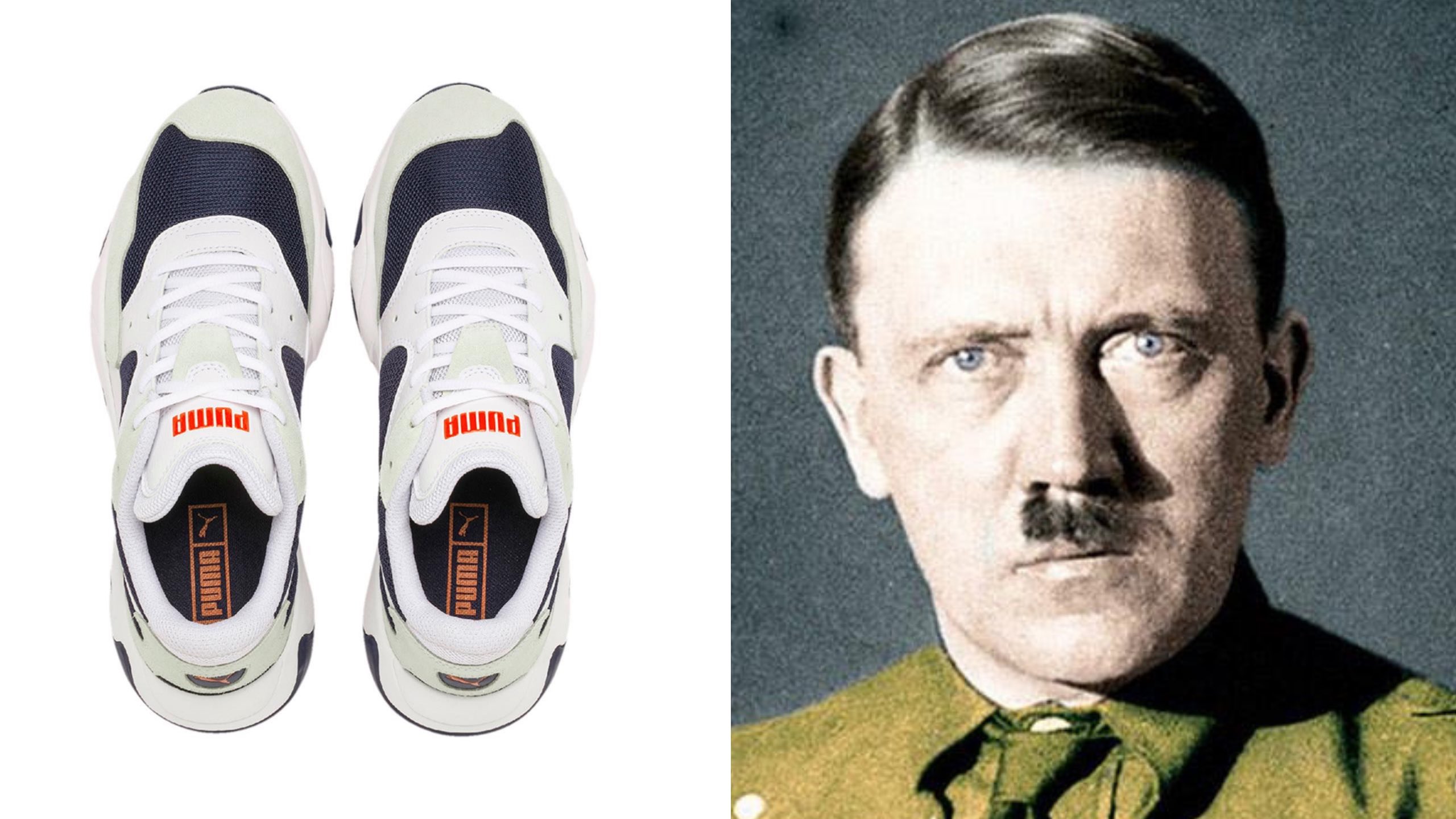 From his stupid hair and moustache, Puma really has managed to capture the infamous dictator in history. The designers may have done it purely by accident, but the damage is done and it’s likely that many of these trainers will be remaining in their boxes, gathering dust.

The women’s designer trainers named ‘Storm Adrenaline’ has a pretty simple design of black, white and grey, yet the toe and tongue of the shoes are said to share a striking resemblance to the dictator.

The PUMA STORM ADRENALINE is created by forces of a fashionable nature to push beyond borders and combine contemporary fashion with the iconic PUMA design DNA and sport cues. The PUMA STORM ADRENALINE features a cool material mix with light grey suede and navy blue mesh plus formstrip, eyestay, tongue and midsole in white complemented with storm cloud–inspired blue details.

But on social media, one person said:

“Eight out of ten on the Hitler scale.”

Now that’s a scale no one or nothing wants to be on.
The designer trainers named ‘Storm Adrenaline’ has a pretty simple of black, white and grey, yet the toe and tongue of the shoes are said to share a striking resemblance to the dictator.

Hitler, Gogol, or just a SHOE? Russians theorize about hidden meaning behind #Puma sneaker 👟
What do YOU think? Leave a comment!https://t.co/f6NBf6PdH2 pic.twitter.com/2fOrDlby8g

The trainers are currently retailing for £75 in the UK, A$79.99 in Australia and $44.99 in the USA, and have been shared a lot on social media. Unfortunately not for the right reasons.

Some people even said the name was a bad choice. They felt it evoked the idea of the Nazi paramilitary wing, the Sturmabteilung, which translates as Storm Detachment.

A former owner of the style of trainer wrote:

“I never noticed. I used the shoe twice and never realised it until now.

“I have gotten rid of it. I’ve already sold it.”

Hopefully, he didn’t describe the shoes as resembling Adolf Hitler.

Meanwhile, a Brazilian customer was disappointed in Puma for not having noticed the error. They said they thought the company should speak out about the issue, as there has been the suggestion it’s purely a ‘publicity stunt’.

The Brazilian customer commented: “In Brazil we like and we buy Puma, and as customers, we would like you guys to say something.

Adolf Hitler shoes?
I did not see it directly.
I think it's a bit far-fetched.

Good I have Adidas, not Puma. https://t.co/9BLUnyx2Ys