Having settled in England in the 1750s, Italian dentist Ruspini joined the freemasons in channeling Enlightenment values through his profession and philanthropy.

He transformed dental care, providing free tooth powder and mouthwash to poor Londoners. In fact, Ruspini used his own styptic, a medicine to stop bleeding, to save the Grand Master’s life. That Grand Master happened to be the Prince of Wales, who in turn made Ruspini his official Surgeon-Dentist.

This generous dentist established a charity to support the families of freemasons out of work; set up a school specifically to help the daughters of freemasons in need, and began a tradition known as the charity festival, whereby members band together to raise funds for good causes in their communities. 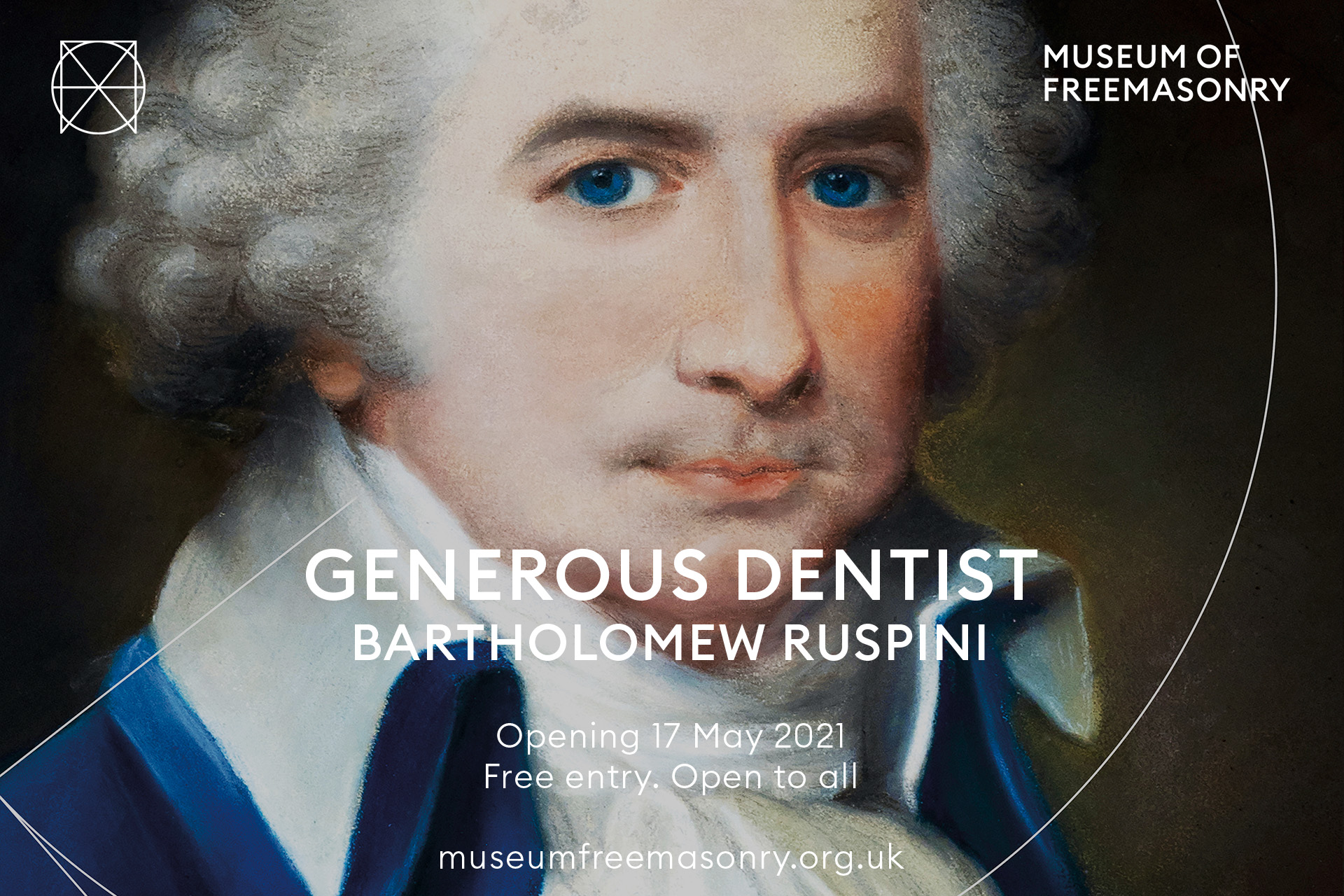 Ruspini’s charity is at the heart of today’s Masonic Charitable Foundation, which continues his work 300 years later.

A friend to artists arriving from Italy, Ruspini entertained London’s creative circles from his Pall Mall home. We have a wonderful portrait by John Russell to illustrate both the affection and elevation Ruspini came to occupy through his generosity. Ruspini became so well known for his selfless deeds that the Pope made him a Chevalier (Knight).

Visit the free exhibition set in an original Art Deco library at Freemasons’ Hall to see rare and personal items from Ruspini himself, including portraits, items, letters and prints. There is early dental care paraphernalia from toothbrushes to toothpaste tins and more.

GENEROUS DENTIST: BARTHOLOMEW RUSPINI is curated by Susan A. Snell, Archivist and Records Manager at Museum of Freemasonry. Susan was inspired to embark on this exhibition while caring for the records of the Masonic Charitable Foundation, the successor body of the charity established by Ruspini under the Premier Grand Lodge of England in 1778.

FREEMASONRY is one of the oldest social and charitable organisations in the world. Its roots lie in the traditions of medieval stonemasons. Organised freemasonry is over three hundred years old, and members adhere to four important guiding principles: Integrity, Friendship, Respect and Charity. The United Grand Lodge of England is the governing body for freemasonry in England and Wales and is headquartered in Freemasons’ Hall, London.

MUSEUM OF FREEMASONRY aims to help you learn about freemasonry in all its cultural richness. If you’re a freemason, the Museum is a treasure trove for exploration. If you’re not a freemason, it’s the perfect place to visit and discover what freemasonry is all about. The exhibitions and events illuminate the history of freemasonry, explore its traditions and values, and reveal its significance through the ages and around the world.